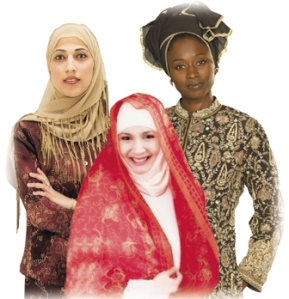 Polygamy is the process name, where both women and men are free to marry more than one spouse. If it is limited to multiple wives; it is Polygany, if for multiple husbands; it is Polyandry..

Most religions and beliefs older than Islam did not recognize Polygany as a formal form of marriage, as both necessity and/or will were not there. Demographic balance among genders was in place, Slavery was common practice answering any imbalances or excessive needs, and Mistresses were commonly known at all social and economic levels.. Before Islam, Polygany was formally known among Pagan tribes and believers; who were everywhere apart from the Mediterranean. Also, no records showed the practice in Far East and Japan..

Early Muslims did not practice Polygany as a trend, but was driven by particular needs serving expansion of their role, and their belief as well.. Polygany was known among pre-Islam Arabs; therefore, it was sensible to allow fading-out time for the practice as social trend, and replace it with a religious one.. Parameters, Justifications and Guidelines for Polygany in Islam were related to the faith; which inevitably had been disturbed and spoiled during the dark ages; by both power and wealth..

During the time of The Renaissance; Mistress had their formal yet stable order within Royal protocols and residences, Unlawful kids and orphans were epidemic everywhere cracking relation between church and government, along with Hysterical Racial movements in those slave-labored societies.. These features served the fulfillment of an ancient masculine triangle-syndrome of power, wealth, and sex; yet enabled some rationales and justifications against opponents and critics.. Church, which refused Divorce; did not equally enforce the prohibition of unlawful practices.. Notably, Jewish had enjoyed a belief denounced unlawfulness; while their minority-phenomenon discouraged divorce in general.. Other parts of the world did not celebrate any changes on their ancient cultural or pagan structures..

Both World-Wars had come with strong implications on both mind-set and ruling systems. Economic fairness, Gender equality, Scientific approaches, and Media-based politics were the foundations of the new world order. It is fairly understood that threat-prevention policies were agreed among elite politicians; with lots and open-source inputs to fit the purpose. Mankind had to allow for a humble role of religious institutions; which represented threat rather than support for the new political mind-set. This had allowed for new cultural trends to take a growing place worldwide; such as civil marriage, unisex, de facto relationships, and homosexuality.. Baby Boomers were the fuel and the beneficiaries of these flooding concepts.. Associated businesses had flourished a lot, enabling media, entertainment, publications and communications to unprecedented horizons..

On parallel to all happenings, Muslims in particular went through a dilemma as their new breed of scholars clashed with the traditional ones, which had generated radical and secular movements.. Unfortunately, the Islamic religious education had preserved its traditional structure, which partitioned the clerics from modern philosophies, theories and research methodologies.. Thus; many Islamic rulings; which include Polygany, had no acceptable arguments or debate-ability apart from blind belief..!! This was consensus among all traditional societies, which could not consume computers, cyber world, automation or robotics as the new living environment.. On the contrary; Asian religious beliefs were very flexible, which enabled their citizens to epistemically excel..

Then, why Islamic Polygany became a world debate?

Simply; it contradicts the concurrent global cultural that is based on simple family form… This practice would drive massive changes in all “socioeconomic” patterns and formulas.. Imagine a “Love Story” movie between a single woman and a married man, which would eventually ends with a “legitimate” marriage…!! Legal foundations cannot deal with it..!!

It shocks the global system of assumption; which allows “Hidden” mistresses and rejects “Publicly-Announced” another wife… Simply this would disturb all known protocols; statistics and even seating arrangements in the family cars.. Nevertheless planning family holidays.. Therefore, Sultan of Brunei formally travel with only one wife.. I wish he would try differently..!!

It shakes the further growing worldly “Feminine” movement; which was established on a 50/50 role… How a new formula would be presented without odds or frictions..?? Family Planning or counseling could find no answers or approaches for daily issues..!!

It expresses alignment to a “Controversial” yet fast-expanding religion that jeopardizes with its guidelines on 0% interest, gender-grading, capital-punishment, etc.. Simply; all dominating models and governing business plans would face philosophical and implementation challenges to form an order..!!

Finally; it exposes the dilemma that Muslims are torn between their religious permissions and worldly-social constraints… Thus, all Muslim “Elite” are vulnerable, despite the powers they may exercise.. Therefore, to maintain their sustainable existence, they would play dumb..!!

The above are not jokes, but simple interpretations of serious issues that master our concurrent world and globalization.. Regretfully, many “Enthusiastic” Muslim try to defend the Polygany permission with conceptive or ill-rationale statements that cannot stand for any structural critics; and only resulted in further “Humiliation” to Islam & Muslims..

There are some facts that should be acknowledged prior to any inputs:

From Islamic point of view; Allah swt had created Mankind for an only one purpose and an only one mission. The purpose is to acknowledge Allah swt as a “Sole Creator”; the mission is to worship Allah swt in every aspect, deed or activity..

Spouse-ship in Islam is meant for two concepts; “Breeding” as natural instinct for preserving the species; which eventually correspond with piling up faith, and “Intimacy” which is a proven principle for our humane motivations, socialization and self-recognition..

Polygany was an authentic humane practice; proven by archeology, history and sociology.. While Psychology and social science dive in our distant roots to figure out our humane core; there no point to address the matter as illegitimate or criminal act, but a culture referral; subject to its particular circumstances..

On the contrary to a man; psychological structure of a woman will not enable her to deal with more than one husband at a time.. Same applies to illegitimate affairs; as proven that any involved married woman would go thru tremendous psychological stresses.. This is why the concept of Polyandry could not survive in history, except among few pagan communities..

Followers to any religious faith are granted the right to practice the permissions given by their belief, unless causing harm to others.. Then intellectual and fair debates should take place to set harmony among people on earth.. This is why “Mormons” in USA; are not seriously questioned, despite the illogic concepts or implementations that constitute their beliefs.. On the contrary, Muslim parents in parts of Yemen, Pakistan or East Africa, who force their child girls for marriage; are not practicing Islam, but an outdated cultures..!!

Finally, Quran had stated conditions for Polygany that hard to apply, as a husband has to be just and fair in treating with the co-wives; which sounds unachievable..

Now, what are the circumstances that would legitimize Islamic Polygany?

Despite the global concern of women’s rights, gender equality and economic modeling, a fair discussion should be facilitated to reveal the truth on this subject.. Certainly answers are constrained by practicing and faithful believers, who would adhere to Islamic codes of personal behavior, and socio-religious practices.. Also, sharing one house or not; is something individual and/or discretional..

A beloved Muslim wife suffers from serious, cureless and crippling illness, which obstacle her from her normal physical, functional and sexual practices. Her husband, children and house would suffer losing both motherly and female touches. A second wife can contribute to restore and continue their life as any normal family would look for.

A beloved Muslim wife suffers from barrenness, due to natural or accidental reasons. Having and raising children is one of main reasons for marriage. A second wife can contribute and share making a normal Muslim family. Both wives can share raising wonderful Muslim kids.

A Muslim society faces increased feminization due to several reasons, such as armed conflicts; sever epidemics or imbalance birth rates. Ignoring the natural, psychological and physical needs for the non-married single females would drag them and the society to endless non-legitimate relationships. Sexual derivatives are one of the dangerous tools that evilly demolish worshipping as promised by Satan. A second (or more) wife will secure the stability of both society and faith.

A desperate Muslim widow; with or without children; who lacks support after losing her husband. When she has no relatives, resources or charities to support her life, she maybe would be dragged to the oldest trade on earth. Having her as a second wife would prevent her withdrawal from worshippers’ battalions. Such an attitude has many positive impacts on individuals, families and society as well.

Other forms of multiplied female relations with one man are historically inapplicable or acceptable; such as female-prisoner-of-war, slaves (the famous Hareem) or certainly mistresses.

These are my own findings on the subject, which would be evolved, developed and elaborated by your comments and fair discussions.. The sole aim is to establish an understanding among both Muslims and non-Muslims; which is needed as far as both share the same earth..!! 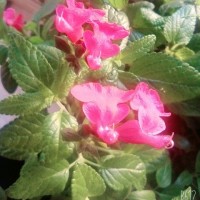 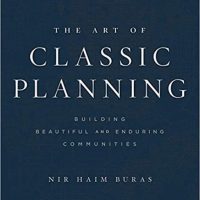 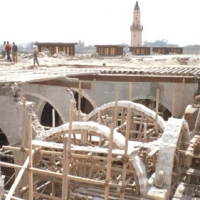