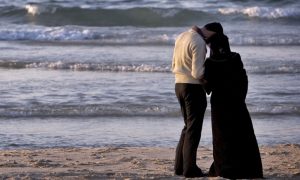 Typical Question; Effort by a Consultant to Answer..
Yet; trapped in conventional Madrassah framework..
However, the Answer is short and unsatisfactory..!!

Question: Nov 24, 2016
I am a Muslim female who is a feminist and believes Islam does and cannot subjugate and degrade women. Lately I have been getting a lot of questions in my mind. I want to know why in Islam a wife has to obey her husband. Just them being strong shouldn’t be the reason. In fact I wont mind my husband obeying me. Women go through a lot and still they are meant to be under someone. why cant we be the superior? And my other question why can a husband beat his wife lightly and the wife cant do the same? I want to know in what ways are women lesser than men that they have to obey them, both are Allah’s creation, doesn’t that mean we both get the same rights? Also recently I read the translation and explanation of the verse 128 of chapter 4 and I could not understand it. If a husband fears “nushuz” from the wife he can beat her but if a wife fears nushuz she should come to a settlement and compromise? Plus what if the husband is corrupt, immoral and indecent what can the wife do? Can she beat and try to discipline him? Please answer and clarify my confusion?

Thank you so much for sending this message.

I am very happy to receive your questions. Subhan Allah, the first thing that came to my mind when I read your questions was an article I read recently on the Huffington Post by an non-Muslim woman arguing that Muslims are the True Feminists.

It shows how Islam and the lifestyle that Allah Almighty has planned for us essentially liberates women and gives them much power and control. You can take a look at the article if you will, it is quite an interesting read.

And I can tell you that, as a Muslim woman, the more I read and learn about Islam, the more I truly and genuinely feel and become fully convicted that the Creator Allah Almighty quite outstandingly honors, elevates and raises the status of women in a manner that I haven’t found anywhere else- and Allah is my witness to that!

Allah, The Most Powerful, Most Knowing, Most Wise Creator has chosen women- not men- but women to be the carriers of life into existence!

We are the creations that are honored and chosen by Allah to bring life into this world. A woman’s womb in Arabic (rahm) is extracted from the name of Allah Himself ArRahman (The Most Merciful). In-and-of itself, this is a sign of elevation and closeness that the woman has with The Creator, The King of kings, the Giver of Life.

The noble Prophet says in a hadith:

This is the value and status of the woman, the source and the foundation of the society, the link that ties the entire community together.

Allah made men “maintainers” of women. Meaning, wherever she may be (at her father’s house or her husband’s house) the women must be fully taken care of and protected.

Her father or husband are obliged  by Allah to take care of all her needs; her financial needs, her spiritual needs, her intellectual needs…etc. all must be met. They get rewarded for doing so, and they get held accountable before Allah Himself if the didn’t. 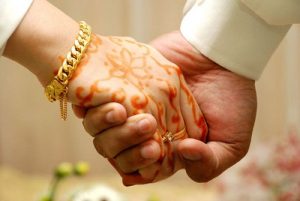 “Whoever has three daughters and is patient towards them, and feeds them, gives them to drink, and clothes them from his wealth; they will be a shield for him from the Fire on the Day of Resurrection.”[Grade: Sahih. Sunan Ibn Majah]

If she wishes to work and make her own money, she is allowed to do so as she pleases. But whatever money she makes is solely hers. She can do or buy whatever she wants with it.

She is not asked or required in any way, shape or form to spend money on her family or her husband, and he is not allowed to ask her for her money. She is not obliged either by Islamic law to cook or clean in the house. But her husband, whatever money he makes, he has to maintain and spend on her! If he didn’t, he is held accountable before Allah.

If anything, Allah is treating us like Queens, sister! The Prophet says, “Be gentle with the glass-vessels (i.e. the women)”.

He describes women as very delicate and must be dealt with softly, gently and with care.

Narrated Anas: Once Um Sulaim was (with the women who were) in charge of the luggage on a journey, and Anjashah, the servant of the Prophet, was driving their camels (very fast). The Prophet (peace and blessings upon him) said, “O Anjash! Drive slowly (the camels) with the glass vessels (i.e., ladies).” [Sahih Al Bukhari]

Also in the hadith the Prophet said “Indeed women are counterparts of men.”

And Allah Almighty revealed that women and men are equal before Him. He said:

Now, with regards to what you mentioned, we need to make one point very clear. Allah didn’t create men and women to fight with each other. Rather, He created them to complement one another and cover each other’s needs—which is a very beautiful understanding.

Men and women- the husband and wife- are described as clothing or garments for one another, which shows the closeness, mercy and bond that must be there between them.

It’s important to realize and come to the understanding that the believing men and believing women are allies! We’re not competing with one another, fighting or trying to overpower one another.

“The believing men and believing women are allies of one another. They enjoin what is right and forbid what is wrong and establish prayer and give zakah and obey Allah and His Messenger. Those – Allah will have mercy upon them. Indeed, Allah is Exalted in Might and Wise.” (Quran 9:71)

Again, men and women are supposed to collaborate and complement each other’s roles and have mutual understanding.

If you think something is unjust, why do you suggest fixing an injustice by imposing further injustice on the other? Do we fix something wrong by doing the same wrong to others?

Again, Allah created this world upon “balance”, there must be balance, and there must be agreement and coordination. We do not try to possess something completely or bring it completely to our side,or harm the other party to bring benefit to ourselves. That’s not true justice or true activism or feminism. This is imbalance and Allah didn’t call for that.

“And the heaven He raised and imposed the balance. That you not transgress within the balance.” (Quran 55: 7-8)

Men and women are building communities together; pure, dignified communities. We are meant to bring goodness to this world together, raise children and serve humanity together.

Again, each of us have rights and responsibilities. Women are the center and the foundation of the family, the community and the Ummah. Men are maintainers and protectors of women. Together they complete and complement each other. While they’re unique in their roles and responsibilities, but in the Sight of Allah, they’re equally valued and rewarded…

I advise you to watch this beautiful talk about roles and responsibilities of men and women by Nouman Ali Khan. It is rather beautiful and explains thoroughly the verses that you mentioned. Insha’Allah it will benefit you greatly.

With regards to the verse you mentioned: no, it doesn’t allow men to beat women unjustly and ask women to stand there helplessly. Rather, it says that in severely extreme cases where women have repeatedly transgressed all boundaries, became harmful, abusive and immoral, men can stop their harm lightly but with limits.

That’s what the ayah does, it puts limits. It doesn’t invite people to beat their wives. Whoever transgresses those limits has wronged in the sight of Allah. Simultaneously, Allah didn’t put any limits on women as you mentioned, on the contrary, He left it open and didn’t even put restrictions on them in this regard like He put on men.

You can watch this very short but concise explanation of the issue of ‘beating’ women here. Insha’Allah it will benefit you as well.

Sister, Allah heard a woman who came to the Prophet to complain about her husband and He revealed verses from the Quran to give this woman her right back and to show how close He is to us, and those verses will be recited by all people in the Quran until the end of time… [Sunan Ibn Majah]

“Certainly has Allah heard the speech of the one who argues with you, [O Muhammad], concerning her husband and directs her complaint to Allah. And Allah hears your dialogue; indeed, Allah is Hearing and Seeing.” (Quran: Chapter 58: 1)

This same woman was reported to have stopped the most powerful man in her time, Omar Ibn Al Khattab, the Khalifa, the Chief of the believers, and she challenged him and advised him on matters of the ruling and he was listening to her humbly and attentively and didn’t speak back at her.

When she was gone and he was asked why he didn’t interrupt her when she took so long of his time, he said “shall I not listen to the one whom Allah has listened to!”

Such is the honor of women in Islam. They’re elevated, their bodies are sacred, and their sanctity, their intellect and their existence are dignified and protected, even serving them is rewarded.

So, have good expectations of your Most Beautiful, Most Wise, Most Just Creator, my sister. Ask Him to open doors of understanding for you, and to keep you among those who truly understand and properly practice their beautiful religion.

Learn more about Allah. How can we assume matters that are unjust about Him when His Name is The Just. Have strong faith in Him;faith like Hajar’s, the wife of Prophet Ibrahim, who had such strong faith in Allah even in the toughest, most inexplicable moments. 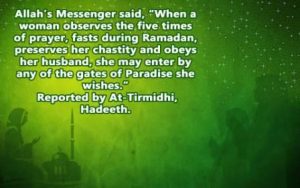 But with her faith and perseverance, Allah made her a role model for all believers until the day of judgement. He made her a founder of one of the main pillars of Islam: Hajj. Her journey between Safa and Marwa Mountains have become a requirement for the fulfillment of a pillar of Islam: Hajj. [Al Bukhari].

That’s the status of women, sister, and this our Most Merciful Creator…

Thank you again for contacting us, and please don’t hesitate to inform us if you need any more resources.

May Allah honor and shower you with wisdom, peace and light in this life and the next. Ameen

Salam and please keep in touch.